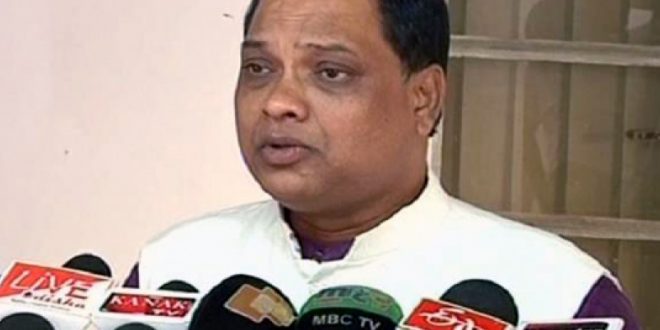 BHUBANESWAR: Intensifying its demand for the ouster of Minister Sanjay Dasburma over his alleged links in the chit fund scam in Odisha, Pradesh Congress Committee (PCC) president Prasad Harichandan on Saturday said CBI should question him directly.

“The CBI inquiring into the chit fund scam should directly interrogate the Minister, and he should face the probe. After all the episodes, the minister has no moral right to continue in the office,” said Harichandan.

However, the ruling BJD defended Dasburma by saying that he does not need to resign as there was no instance of any leader quitting on mere allegations.

“The opposition is bringing only allegations to malign the image of our party. There is no substance to the allegations. So, the minister has no reason to resign,” said BJD spokesperson Pratap Jena.