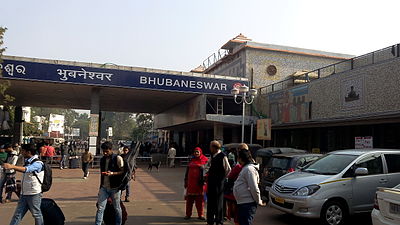 Bhubaneswar Railway Station To Get Free WiFi Service From April 17

BHUBANESWAR: Bhubaneswar railway station will offer free Wi-Fi service from April 17, the second in the country to get Wi-Fi after Mumbai central in the country.

Wi-Fi service will be available to any user who has a smartphone in the area, said a senior official of Railways.

Bhubaneswar will be the second railway station after Mumbai Central to have Google’s free Wi-Fi service in the country.

The official said that rail users could stream high-definition videos while waiting for their respective trains at the railway station with Wi-Fi becoming operational.

Under the Digital India initiative, Railways is committed to providing better internet facilities to the passengers at 100 busiest stations by the end of this year.

Trials are also going on at about ten more stations including Jaipur, Patna, Ranchi, Ernakulam, Allahabad, Lucknow and Guwahati to have the Wi-Fi service shortly.