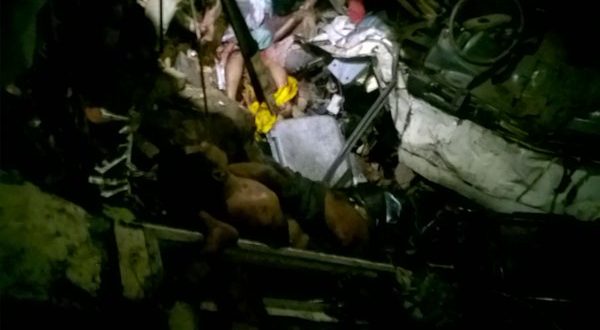 DEOGARH: The death toll in the bus accident in Odisha’s Deogarh has increased to 30 while several critically injured have been admitted to Deogarh district headquarters hospital, said police on Sunday.

Director General of Police KB Singh said 29 bodies have been recovered so far while nine critically injured have been admitted to district hospital.

He said the rescue operation is on to find out more people possibly trapped inside the bus.

Fire services DG Binay Behera said while 27 bodies were recovered from the spot, three persons died while they were being rushed to the hospitals from the spot.

Deogarh Superintendent of Police Sarah Sharma said rescue operation had been intensified with the help of fire service officials and other agencies.

Odisha chief minister Naveen Patnaik expressed grief over the incident and directed officials to speed up the rescue operation.

Notably, the bus carrying 38 artistes of an opera team fell into a 300-feet gorge in Odisha’s Deogarh district this evening.

The bus of the Bharati Gananatya opera party fell into the gorge off the Tilaebani Gaelo ghat.