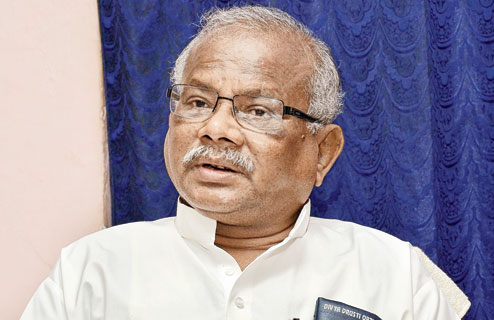 BJD Leaders Don’t Give A Damn To Supremo’s Diktat

BHUBANESWAR: It seems the gag order of BJD supremo and chief minister Naveen Patnaik has no effect on the party leaders as they continue to speak over minister Sanjay Dasburma’s alleged chit fund links further embarrassing the party, which is already on back foot in defending the minister.

Two days after the advice of Patnaik to their cabinet colleagues and party leaders not to give statements in media affecting party’s image, senior BJD leader and former minister Bishnu Das on Thursday suggested that the minister allegedly involved in the chit fund scam should resign from the post on moral grounds.

“I had also tendered my resignation as school, and mass education minister after allegations surfaced over an increase in my son’s marks in the HSC examination. I had resigned on moral grounds following the allegations,” said Das indirectly stating that Dasburma should also follow suit.

He, however, said that it depends on the minister whether he will put in his paper or not.

Notably, BJD vice president and excise minister Damodar Rout on Wednesday said that no one has reprimanded him for going to media and affirmed that he would continue to speak before media on several issues affecting people.