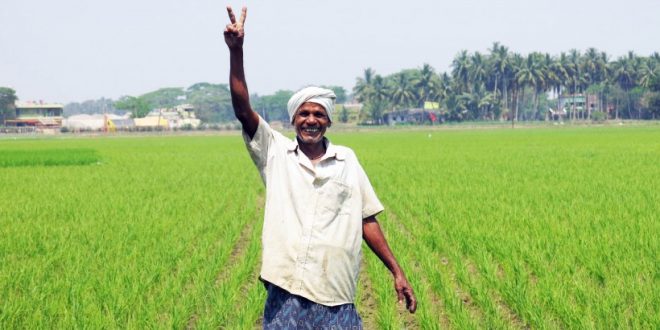 BHUBANESWAR:  The Odisha government is in the process to bring in a Land Leasing Act to safeguard the interest of sharecroppers, said revenue minister Bijayshree Routray on Monday.

He said the proposed Act would provide recognition to sharecroppers cultivating the agricultural land on lease and enable them to access loans through credit institutions, insurance, disaster relief and other support services provided by the government.

He said it would also protect the land rights of the owners.

“We are proposing to bring in Odisha Land Leasing Act to benefit the sharecroppers. Under the Act, sharecroppers, who are not getting any government assistances, would avail all the government benefits including compensation during natural calamities and a loan from credit institutions,” said the Revenue Minister.

An inter-ministerial meeting comprised of Cooperation Minister, Law and Panchayati Raj Minister, Agriculture Minister and Revenue Minister was held on Monday to discuss the promulgation of the new Act.

He said suggestions would be invited from farmers and sharecroppers through Tehsildar within 3 weeks for preparing a draft report.