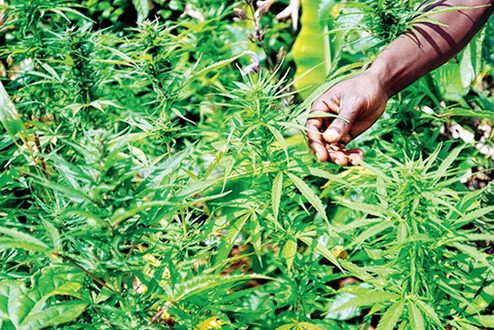 BHUBANESWAR: The Odisha government has seized liquor, cannabis and hemp worth Rs 467.53 crore while 724 persons were arrested in 2015-16.

It was revealed in a high level meeting chaired by chief secretary Aditya Prasad Padhi on Tuesday.

The approximate value of the seizer was estimated around Rs.467.53 crore, he added.

He said a total number of 1745 cases were detected in various districts and 724 persons were arrested.

The illegal cannabis cultivation has witnessed a decline in the state during the current crop year particularly in the districts like Angul, Deogarh Sambalpur where these plants were traditionally being grown, said a release.

The inter-state traders and dalals who used to lure, instigate or terrify the local farmers for this cultivation have been arrested, put to trail and convicted.

Reviewing the activities undertaken so far, Padhi directed the police, forest, excise and revenue departments to intensify the multi-squad enforcement activities to wipe out this evil from the state.

Padhi has further instructed to prepare the seizer papers, case records appropriately following all the procedures and stipulations of the Act for raising the level of conviction.

He also directed that the District Level Enforcement Committees should meet regularly and update its strategies for destruction of cannabis along with arrest and conviction of the offenders.

Special DG (Crime) B.K.Sharma appraised that the inter-state traders from the states of West Bengal, Jharkhand, Chhattisgarh and Kerala have been arrested and convicted for indulging in the illegal activity.

The identification and destruction activities of hemp plants have also been intensified in the districts like Kandhamal Boudh and Gajapati.

It was decided in the meeting that CID Crime Branch would closely monitor the enforcement activities of the district police in the matter. Annual action plan for destruction would be worked out in consultation with district level enforcement officers.

Registration of cases subsequent to destruction and arrests would be mandatory as per the rules. Financial investigation under section 68 of the Act would be carried out for asset attachment and confiscation, the release added.

The chief secretary directed the Revenue and Forest departments to issue suitable direction to the filed level officers for intelligence sharing in the matter.

Launching a reward system in coordination with National Narcotics Control Board was also discussed in the meeting. It was also decided that provisions of the   PITNDPS Act would be used for preventive detention of the habitual offenders and traffickers.