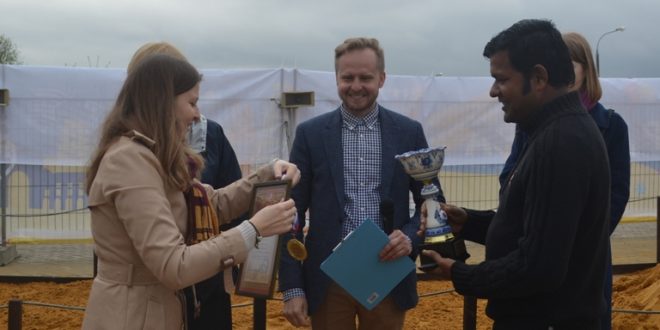 Sudarsan won the championship for his sand art on “Mahatma Gandhi – World Peace”.

About 20 sand artists from different countries around the world participated in the championship. The championship event was held from 21-27 April in Moscow.

“I am very happy to have won the title in the championship for my country. The director of sand art festival PaveI Minilkov presented the gold medal and the trophy at the ceremony today. I have tried to show through my sculpture how Gandhiji’s non-violence concept will bring global peace around the world,” said Pattnaik after being awarded the Gold medal.

After winning the award, Pattnaik called on India’s Ambassador in Russia Sh. Pankaj Saran, who congratulated him on his winning the championship in Moscow.