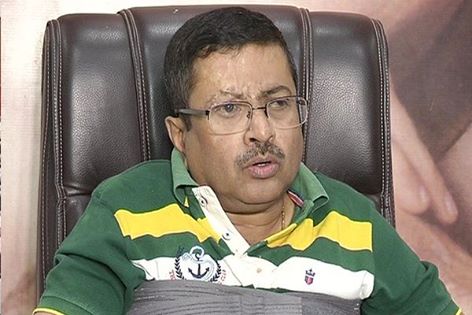 Lulu Dares Dasburma To Clarify On Links With 12 Companies

BHUBANESWAR: Mounting attack on minister Sanajy Das Burma for his alleged chit fund links, senior Congress leader Lalatendu Bidyadhar (Lulu) Mohapatra on Monday fired a fresh salvo at the minister asking him to clarify his links with the 12 companies including Nilachal Builders.

Without naming the minister, Lulu asked to divulge ownership details of the 12 companies including his association with Nilachal builders.

Mohapatra joined the chorus of other Congress leaders who have been demanding resignation of the minister for his alleged association with chit fund firm AT Group.