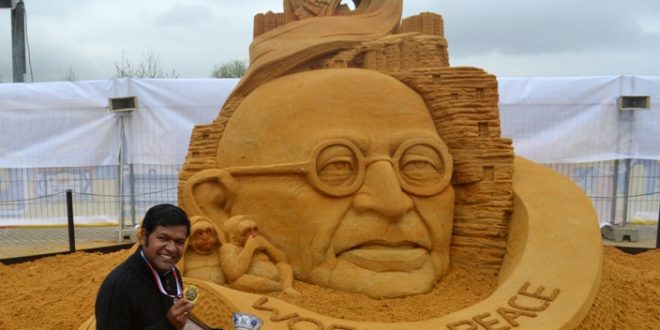 Notably, Sudarsan created a 15ft high sand sculpture titled ‘Gandhi & World Peace’ that was adjudged as the winner at the sand championship.

They are now competing in the qualifying event for Rio Olympics.