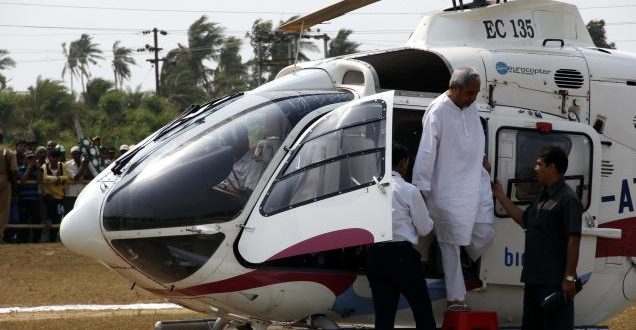 Replying to a written question, parliamentary affairs minister Bikram Keshari Arukh on Tuesday told the state assembly Rs 29.51 crore had been spent for chopper ride of ministers and chief minister to various districts in the state.

The cost, however, escalated in the election year (2013-14) as around Rs 7 crore was drained out from the coffer for hiring chopper for the official visit of ministers to different districts.

Arukh informed that the ministers’ visit to different places were official.

Though chief minister Naveen Patnaik visits at least 13 to 15 districts in a year, in the election year, he visited 25 districts for more than once. Naveen even flew to nearby districts like Puri and Khurda in the same year.

In 2015-16, Naveen Patnaik flew to Cuttack to attend an event, which is about 30 km from the state capital. The chief minister’s chopper descended 43 times during his visit to 20 places in 2015-16.

In 2013-14, the chief minister visited maximum seven times to Ganjam, five times to Balasore and Puri, four times to Mayurbhanj and Bhadrak, thrice to Khurda, Angul and Sundargarh. Eight of Naveen’s ministerial colleagues also visited more than one districts in the election year.