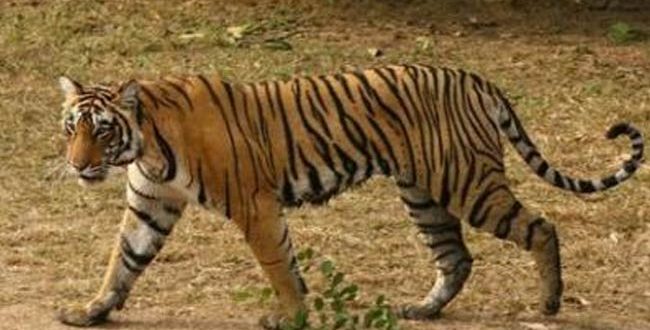 BHUBANESWAR: The tiger census report of Odisha government has come out, which claimed that the state has 40 tigers against the report of National Tiger Conservation Authority (NTCA), which put 28 big cats in Odisha.

Notably, the state government had decided to conduct tiger census on its own after NTCA downgraded the tiger population to 28 in the state in its All India Tiger Estimation 2014 report published last year.

According to the Odisha tiger census report, Similipal reserve is home to 26 tigers while three are in Kranjia division.

Two tigers are located in Satkosia Tiger Reserve while three tigers were enumerated in Keonjhar Wildlife Division. Four big cats in Sunabeda Wildlife Division have been enumerated. Khariar and Sundargarh have one each, said the report.

There are 13 male, 24 female and three cubs in the state.

Three melanistic tigers (tigers with prominent and wide black stripes) were also found in Similipal Tiger Reserve, the only habitat in the world having source population of melanistic tigers. The estimation also found that there are 318 leopards in the State.

The Wildlife Wing of the government had used over 20,000 PIPs and installed 448 camera traps out to conduct the enumeration during February and April this year.