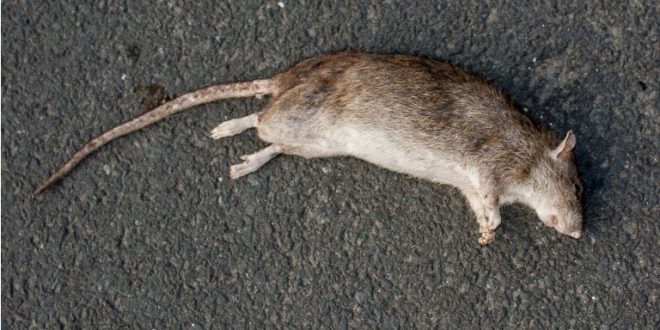 KENDRAPADA: Hundreds of rodents and couple of cats and snake were found dead at Balirajpur and Khamarpada villages under Bagada GP in Kendrapara block spreading panic among the villagers on Sunday.

The death of rodents first reported on Saturday.

The district veterinary and animal husbandry unit officials led by CDVO, Chaityan Charan Sethy, the Additional CDVO, Simphony Mohanty, rushed to the villages accompanied by a team of Bhubaneswar –based Snake helpline to take stock of the situation.

The district veterinary officials also seized two dead cats along with some dead rodents from the spot to conduct the autopsy at the District Veterinary lab. Bhubaneswar-based Snake Helpline founder Suvendu Mallick collected the dead snake and also some rodents samples.

As per the autopsy of a dead cat, it was found that due to some sorts of poison effect, the cat died after consuming dead rodents. Whereas, the reports of dead rodents samples that were sent to Orissa College of Veterinary Science and animal husbandry at Bhubaneswar on Saturday has reached before the District Veterinary Office.

As per the postmortem report, it has been ascertained that most of the rodents have died due to some poison effect. But the rodents died in what type of poison effect either it is some fertiliser or something else, it is yet to be established, said Symphony Mohanty, effect, the Additional CDVO of Kendrapara.

After the Veterinary official found that the rodents were killed due to some sorts of effect, the district animal husbandry and veterinary officials on Sunday asked the locals not to use the water from the ponds, wells and also the rainwater inundated on the locality.

Even, they have been asked not to send the livestock to graze in the fields or to feed grass to the livestock  by collecting it from the local agriculture field at least for a week .It has also been requested to the Sarpanch of Bagada GP to create awareness through public address system among the neighbouring villages of Khamarapada and Baliraj not to send their cattle to the agriculture fields of Khamarapada and Baliraj village for grazing.