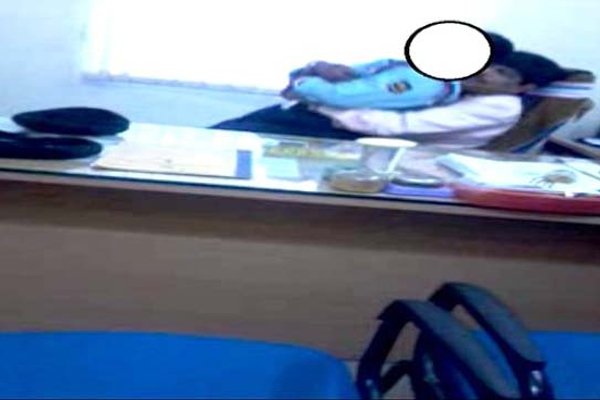 ROURKELA: Hundreds of students of  National  Institute of Technology(NIT), Rourkela on Wednesday staged a demonstration inside the campus demanding action against security officer for allegedly sexually abusing his subordinate female security personnel.

They demanded the expulsion of the security officer of NIT Balram Champatyray (55).

As per the allegation of students of NIT, the girl students found unsafe after they came to know that Champatyray has been sexually abusing his subordinate female security personnel since last six  years.

Hundreds of students staged the demonstration inside the campus demanding the expulsion of  Balram  Champatyray. They also held some placards showing photographs of the security officer with one female security guard.

Sources,  the sexual slur of Balram Champatyray came to fore on  Wednesday when the  video footage and photographs of his act with his female subordinates went viral.

“We have constituted a fact-finding team to inquire into the matter. We would take appropriate action after the investigation process is over,” said Sunil  Sarangi, NIT Director.

Champatyray, however, pleaded his innocence over the matter.

Four injured in explosion at chemical factory in Odisha

3 cyber crime police stations to come up in Odisha