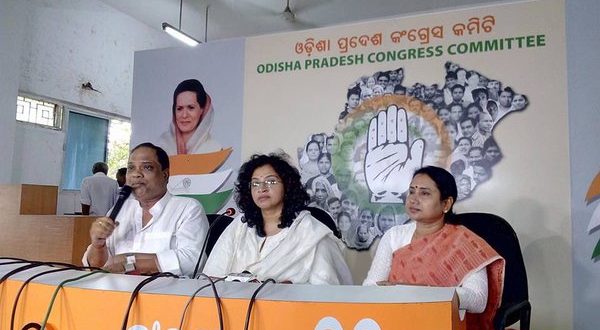 BHUBANESWAR: Pradesh Congress Committee (PCC) president Prasad Harichandan on Sunday hit out at BJP saying that the meeting to be attended by Prime Minister Narendra Modi in Balasore is ‘Bakwas Divas’.

“We have a big Modi that is Prime Minister Narendra Modi, and we have a mini Modi, who is Chief Minister of Odisha. Both are spending lakhs for their publicity without doing anything for the people,” said the PCC chief.

All India Mahila Congress president Shobha Oza said Modi is a good event manager, who is spending Rs 27 lakh every day for publicity.

She also attacked the NDA government for its complete failure in delivering good governance in last two years.