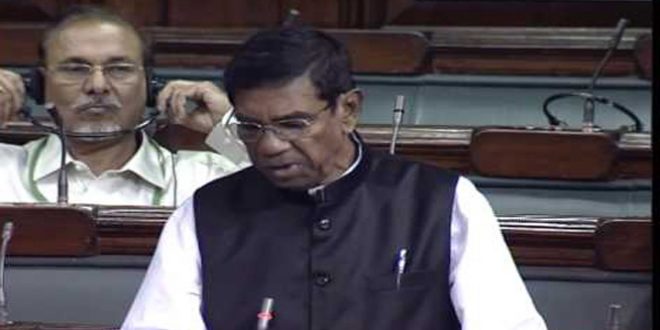 BHUBANESWAR: Former Lok Sabha MP from Kandhamal, Rudra Madhav Ray passed away at a private hospital here on Tuesday morning at the age of 80.

The senior BJP leader breathed his last after battling a prolonged illness, said his family sources.

He was elected to Odisha Assembly three times. Ray was also elected to Lok Sabha from BJD ticket in 2009 elections from Kandhamal constituency. He, however, contested unsuccessfully from BJP ticket in 2014 by-election.

During 2014 general elections, the leader was suspended from BJD for anti-party activities. He was denied BJD ticket to contest from the seat in 2014.

Meanwhile, leaders of political parties have expressed their condolences over the death of the octogenarian leader.

The remains of Ray were moved to BJP office on Tuesday where he was presented floral tribute by party leaders.