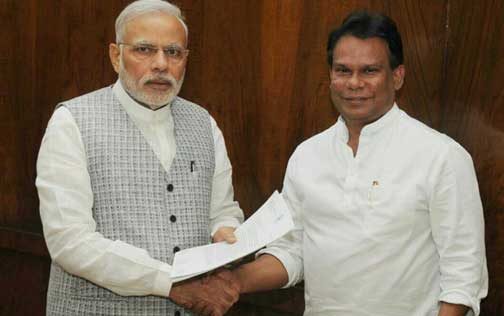 BHUBANESWAR: Senior BJP leader and Rourkela MLA Dilip Ray on Saturday refused to attend Vikas Ustav to be attended by Steel and Mines Minister Narendra Singh Tomar at the steel city on June 6.

Ray would skip the meeting protesting the delay in upgrading the  IGH hospital into a super speciality hospital.

“During his visit to Rourkela, Prime Minister had assured to convert IGH into a super speciality hospital in 2 months. But after 14 months, it is yet be done,” said  Dilip Ray.

Meanwhile, the Odisha BJP has reacted cautiously over the development.

Party spokesperson Sajjan Sharma said Ray could have raised the issue at proper forum instead of speaking before media.

He, however, said the date for the proposed Vikas Ustav at Rourkela was not finalised yet.