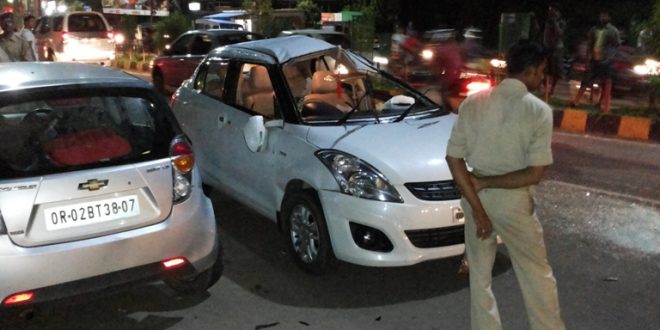 BHUBANESWAR: Two persons in a car injured when it hit another car parked near The World mall at Kalinga Stadium Square here on Monday night.

The injured persons have been admitted to a private clinic here, said police.

According to police, a speeding a car hit another car parked near the mall at about 9 pm. Two persons, who were in the speeding car, got injured while no one was in the parked car.

Sources said the driver was under the influence of alcohol.