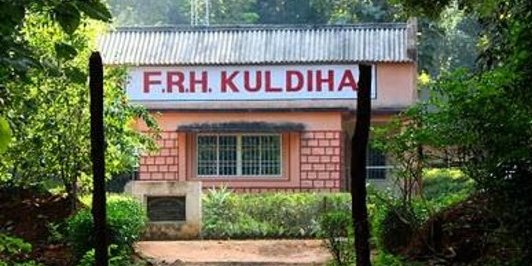 BALASORE: The Balasore forest division developed an ecotourism project in the Kuldiha sanctuary to provide accommodation to the tourists.

The project had been done in Gohirabholo in the buffer zone of the Kuldiha sanctuary.

Around one crore rupees would be spent for erecting tents and other facilities. Each tent would accommodate two persons.

The department had constructed a watchtower, dug up trenches and erected solar fencing for safety against wild animal attacks.

Currently, the forest authorities of Balasore provides night staying facilities in a patch, having four tent houses, inside the core area of Kuldhia sanctuary which is about 8 km far from the entry gate.

The divisional forest officer, Harsh  Bardhan Udgata said “ The objective is to close the core area stay facility so as to keep the wildlife free from human movement disturbances. Although the total project cost is Rs 96 lakh, so far Rs 30 lakh is already spent. Five tented accommodation would be created subsequently.”

“One can see the herd of elephants near salt pits during morning and evening time and other species of the wild animals near the water tanks,”  said the range officer Kuldiha sanctuary,  Laxman Pradhan.

Kuldhia is connected to the Simlipal sanctuary the habitats from the latter escape to the place via Natu, Satkosia, and Hathgarh.

The sanctuary having various floras such as  Sal, Asan, Kurmal, and Bandhan, houses animals leopard, elephants, deer, and other threatened  species such as porcupine, bison, and pangolin.

Apart from other snakes, big pythons too are found in the sanctuary spreads over an area of  272.4 sqkm.