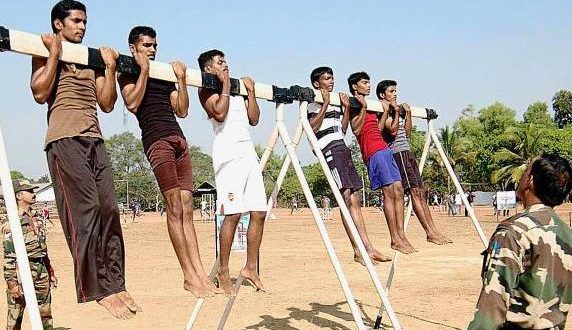 The government raised the issue at the liaison conference between civil and army administration held under the chairmanship of Chief Secretary Aditya Prasad Padhi here.  Around seven senior Army officers led by Major General DVS Rana, participated in the conference from the military side.

Padhi raised the need for the establishment of recruitment office at Koraput, a Brigade headquarters at Amarda Road in Balasore district, and recruitment of more youth from southern Odisha.

Padhi also requested to consider the relaxation of selection norms for tribal youth.

Home secretary Asit Tripathy said during last year recruitment to army has been less than the state quota.

“We have requested them to carry forward the balance quota and organize more recruitment rallies in the state,” said Tripathy and added that the district administration would provide all support for the organization of such rallies.

“We target to recruit around 1300 youths during the current calendar year,” he added. He also raised the need for the establishment of more ECHS hospitals in the state to provide medical treatment facilities to ex-servicemen and their dependants.

There was mutual sharing of views on various issues relating to hinterland security, coastal security and use of the military in disaster management. The administrative issues relating to land allocations for the military station at Sambalpur, defense unit at Gopalpur,  exchange of land for construction of Berhampur stadium were discussed. Besides, rehabilitation of Nolia families in Gopalpur, joint survey and demarcation of defense land at various places in Odisha, exgratia to next kin of the martyrs, etc. were discussed and possible solutions were worked out.