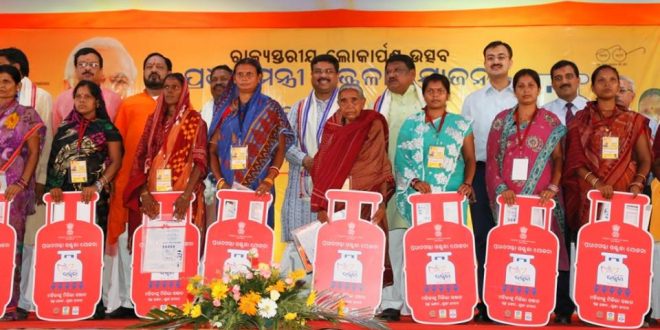 Pradhan was speaking at the launch of Pradhan Mantri Ujjwala Yojana at Ainthapali in Sambalpur. Union Tribal Affairs Minister Jual Oram and state BJP president Basant Panda were present on the occasion.

“We will have melas in villages and panchayats and beneficiaries will be selected as per socio-economic caste census of 2011. Wish to make Odisha homes free from firewood and traditional fuel. Wish women to come forward for early LPG connection,” said the Oil Minister.

With the resources at their command, it will not be difficult for the state government to enroll the beneficiaries in the scheme under NFSA, he added.