BHUBANESWAR: The Congress on Thursday announced to observe bandh in undivided KBK districts on July 2 protesting against the anti-tribal activities of Odisha government.

He said the party has given a bandh call in eight districts of undivided KBK to protest the anti-tribal activities of the state government.

“While several actors are involved in the chit fund scam and some officials are absconding for their illegal activities, the state government is trying to suppress the voice of opposition by arresting them on false cases,” said the PCC president.

He pointed out that the government is filing false cases against the Congress workers and sending them to jail.

It has also filed false cases against the tribals, who are fighting for their rights, said Harichandan.

Notably, former Nabarangpur MP Pradip Majhi has been arrested and is in jail along with 17 other supporters for allegedly vandalizing a forest office.

The hunger strike of Congress leader Pradip Majhi has reached five-day in prison on Thursday. Two secretaries of the party met Majhi in jail. 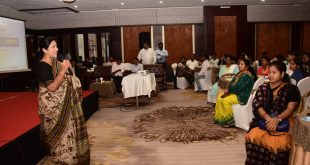