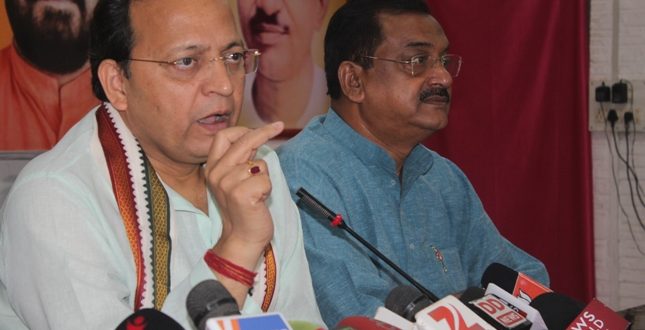 The party will organize the programme from August 9 to 23 across the country. Several Union ministers and party leaders would visit places associated with the freedom struggle.

“The BJP does not discriminate any leader on party basis. If he had fought for the freedom of the nation, we would recall and pay tribute during the programme,” said BJP general secretary and Odisha Pravari Arun Singh.

He, however, did not give firm confirmation that the party would pay tribute to Biju Patnaik during the programme.

He said the party would recall the freedom fighters including Netaji Subash Chanda Bose, Pandit Gopabandhu Das, Veer Surendra Ray and others.

Prime Minister Narendra Modi will on August 9 launch a programme.

A week-long “Tiranga Yatra” to evoke nationalism and patriotism will also be undertaken from August 15 on the occasion of Independence Day.