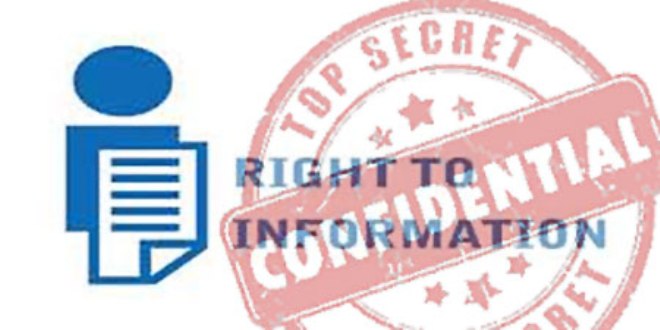 Bhubaneswar: The Odisha government has exempted the Vigilance Department from the purview of Right To Information Act (RTI), a decision that could trigger controversy in the state.

Now, the citizens cannot seek information about officials and other dignitaries including ministers being investigated for corruption, misuse of power and possessing assets disproportionate to their income.

“The state government do hereby specify that nothing contained in the said Act shall apply to the General Administration (Vigilance) department and its organization,” said a notification.

The notification has been issued by Information and Public Relations (I&PR) department.

I&PR department secretary Manoranjan Panigrahi defended it saying that that the decision had been taken after the government felt that furnishing information could be detrimental to investigation and legal proceedings.

However, the RTI activists opposed the decision of the state government and threatened to move High Court.

They said the government was attempting to provide protection to the Babus, against whom Vigilance inquiry is going on.

RTI activist Pradeep Pradhan stated that they would move the court seeking revocation of the notification.

Notably, the Vigilance undertakes many crucial investigations in the state.

Notably, several states including Uttar Pradesh, Kerala and Sikkim had issued notification exempting the Vigilance department from the RTI purview.