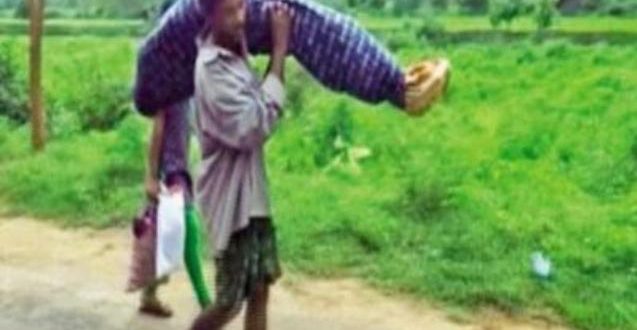 Bhubaneswar: A PIL has been filed in Orissa High Court challenging the inaction of the state government authorities in conducting free and fair investigation and prosecution thereafter into the Dana Majhi incident.

Human rights activists Subash Mohapatra has filed the PIL requesting the court to direct the state authorities or else ay impartial agency to investigate the matter and complete the same within a time stipulate.

Mohapatra alleged that the district administration violated the Scheduled Caste & Scheduled Tribe (Prevention of Atrocity) Act by threatening and not providing basic facilities to Dana Majhi, who had to walk 10km with his wife’s body on shoulders after he was denied an ambulance.

“While the family of deceased woman was supposed to perform third day rituals (Dibi Utha) as per tribal tradition, Thuamal Rampur Block Development Officer took Dana Majhi and his 12-year-old minor innocent daughter into his jeep and presented them before the Sub-Collector for inquiry. The denial to the family to perform third day rituals in name of investigation violated their religious rights and rituals,” said the complainant.

Mohapatra, in his petition, said the district administration should have acted sensibly and not forced him to come to Bhawanipatna to meet the Collector and the CDMO, which violates the S.C and S.T. (prevention of atrocity) Act and the Rules made thereunder.

He said the district authorities have willfully and deliberately neglected their duties, attempted to whitewash the evidence and abused Dana Majhi and his daughter.

The victims family was deprived, denied and harassed by public authorities, alleged the human rights activist. 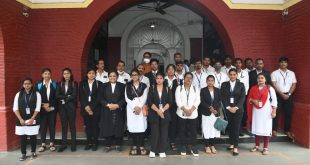