Bhubaneswar: Amid the war of words between Odisha and Centre on various issues, the state government on Tuesday said it would lose over Rs 2,000 crore in 2016-17 financial year due to deferment of value added tax (VAT) to Paradeep oil refinery.

“It is apprehended that the total deferment of VAT, being availed by IOCL unilaterally in violation of the provisions of the OVAT Act, is likely to exceed Rs 2,000 crore in 2016-17,” said Saswat Mishra, Commercial Tax Commissioner.

“Such a huge loss cannot be compensated by any other means,” said Misha in a letter to Additional Chief Secretary (Finance).

The state government has collected Rs 5530.95 crore Commercial Tax by August this year at a growth rate of 4.02%.

“The below par growth rate is mainly on account of deferment of Rs 531.96 crore availed by IOCL’s Paradeep refinery, which is 9.62% of cumulative collection till August. If deferment amount of 531.96 crore is taken into account, the growth rate of collection would have been 14.02% up to August,” said Mishra.

The tax concession was extended to IOCL considering its operational viability, local employment, and the region’s economic growth.

The state is expected to lose around Rs 24,000 crore following the VAT deferment.

However, the state government has urged the Union ministry of petroleum and natural gas to reconsider the VAT deferment mentioned in the pact.

The state government said that since the IOCL Refinery was already delayed by over three years, the tax concession seemed unjustifiable.

Besides, the refinery capacity was expanded to 15 mtpa compared to nine mtpa envisaged initially. 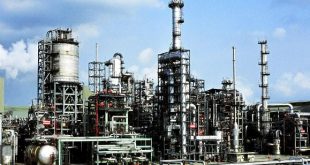