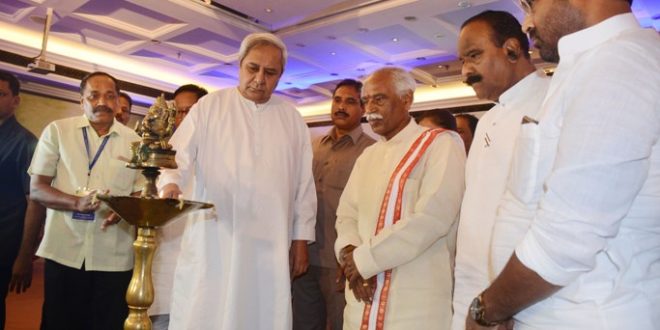 Bhubaneswar: Odisha Chief Minister Naveen Patnaik on Tuesday said the state government is committed to eliminating child labour in all forms by 2025.

“The state commits itself to the cause of elimination of child labour in all forms by 2025 and I assure suitable budgetary outlays for this,” said the Chief Minister addressing the two-day National Conference on Labour.

By converging activities of ten departments, Odisha has formulated the “State Action Plan for Elimination of Child Labour” to stop child labour practice in the state, said the Chief Minister.

He said the action plan focuses on rescue, rehabilitation, education and skill development of the rescued minors and action against the offending employers.

Informing that the state government has taken a number of steps for the labourers, he said still there are many challenges before the state to improve the conditions of labourers.

“To ensure the entitlements of the workers after migration, my GGovernment has taken  recent decision to set up Odisha Help Desks in the five States namely Karnataka, Tamilnadu, Andhra Pradesh, Telengana and Delhi,” said Patnaik.

he said the unorganized sector and the construction workers are a major segment that needed attention.

Around 16 lakh workers have already been identified and registered under the Odisha Building & Other Construction Workers Welfare Board and have received benefits worth 175 crores, said the Chief Minister.

He said the government expects that more than 25 lakh workers will be duly registered by the end of this financial year.