NHAI Appeals To Allow Construction Of Bridge On Kusei River

Bhubaneswar: The National Highway Authority of India (NHAI) on Wednesday appealed the villagers of Belabahal and all concerned citizens to allow the construct of the bridge at the proposed location.

“NHAI appeals to the villagers of Belabahal and all concerned citizens to allow NHAI to construct the bridge at the proposed location, so as to complete the prestigious projects of national importance without further delay,” said a release.

Notably, locals are opposing the construction of a bridge on river Kusei in Belabahali village on NH-215 in Keonjhar district.

NHAI has taken up the work of four laning of Panikoili-Rimuli Section of NH-215 under NHDP Phase III. The road is a lifeline for the mineral rich belt of Keonjhar and Sundargarh districts connecting to NH-5 (New NH-16) and further to Paradeep Port on NH-5A (New NH-53).

The existing road passes through the Belabahali village located on the left bank of river Kusei.

During construction of the bridge, there was vehement opposition from the villages of Belabahali under the pretext that the proposed bridge will result in submergence of the village during the high flood, said the release.

Several efforts by Concessionaire, NHAI and District Administration failed to convince the villagers, it added.

Meanwhile, in view of the persistent demand of the villagers, competent authority in NHAI desired to get independent verification of flood threats to the villages and mitigation measures thereof by IIT, Kharagpur  as well as Dr. G.C. Mitra,  retired EIC-cum-Secretary, Odisha PWD.

“Both IIT, Kharagpur and Dr. G.C. Mitra have found that the proposed alignment is in order. IIT, Kharagpur recommended some additional measures such as an additional bridge of 30-meter length on Jajpur side approach, the opening of two blocked spans of existing bridge and flood protection embankment around the Belabahali village of such height as to withstand one in hundred year return flood,” said the release.

After approval of the competent authority, the Concessionaire of NHAI tried to commence the work on August 19 this year. However, the work could not be picked up due to persistent opposition from the villagers.

NHAI has agreed to spend approximately Rs.13.82 crores towards the mitigation measures as per the IIT, Kharagpur recommendations. 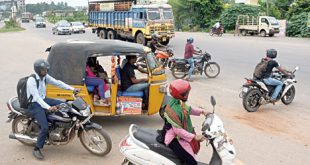 Traffic diversion at Hanspal due to construction of Naharkanta flyover; check new route 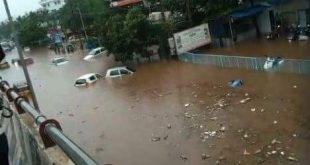 Water logging at ISKCON: NHAI asked to take up measures 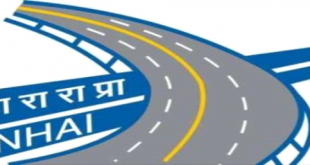