Bhubaneswar: Acting on a tip, the Quick Action Team (QAT) of the Commissionerate Police foiled a loot bid after nabbing four notorious criminals from Mancheswar area in the wee hours on Sunday.

The police are yet to disclose the identity of the accused.

Interestingly among the nabbed criminals, the QAT getting assistance from Mancheswar police has apprehended a CISF personnel, who is involved in the loot bid. He hails from Kheonjhar.

Two associates are said to be fled from the crime spot, said sources.

The police have seized a revolver, ammunitions, crowbar (Sabala), a sharp weapon from their possession. Police sources said other three accused are native of Jharkhand and all belongs to a minority community.

QAT sources said they arrested them after intelligence gathering and tracking their mobile phones.

The notorious criminals from Cuttack were planning to loot a contractor.

“Interrogation is on to verify the antecedents of the accused and their plan of executing any kind of illegal activities. They will be forwarded to a local court here later,” said a senior police official. 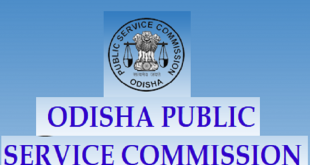