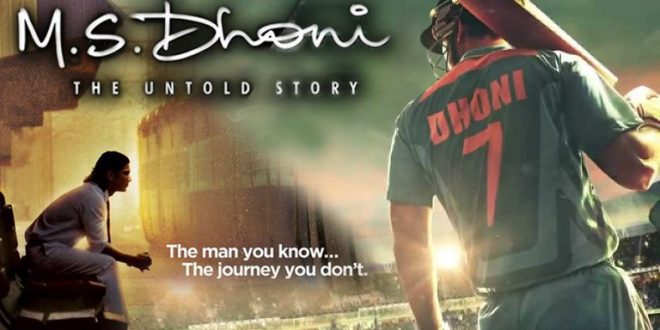 Bhubaneswar: With just one day left for the release of former Indian cricket captain Mahendra Singh Dhoni’s biopic ‘MS Dhoni – The Untold Story’, fans are eagerly waiting to watch the film. Ever since the trailer of the movie has been released, fans have become too curious to watch the untold part of the cricketer.

Based on the life of one of the most successful Indian cricket captains, the film depicts the untold journey of a young boy from the bylanes of Ranchi to India and world cricket.

The Neeraj Pandey directed flick is the most awaited film of the year, not least because it is based on the most successful Indian cricket captain who won almost every battle on the field.

MSD fans in the state capital are waiting with bated breath for the film to hit the theaters.

Rajat Pradhan, an engineering student, said he had already made advance booking to watch the movie on September 30, the day when the film will hit the silver screen.

“The story of a boy hailing from a small city who used to play football before switching to cricket, and who subsequently sacrifices a railway job to become a cricketer, is inspiring indeed. It will inspire the youngsters not to give up come what may and pursue your dream,” said Pradhan.

Ameet Mohanty, an employee with a private firm, said he was waiting to watch Sushant Singh Rajput portraying MS Dhoni on the silver screen because Dhoni has his trademark style, like in the beginning of his career he sported long hair.

The cricketer’s legendary helicopter shot is not easy to emulate, he added.

A big fan of Dhoni, Ananya Sritam Nanda who has lent her voice to one of the tracks of the film said due to her approaching matriculation exam and the pressure of preparation, she would not be able to watch the film soon after its release but would catch up later.

Meanwhile, three out of the four cinema halls in the capital city -Maharaja, Keshari, and INOX – are going full house with all the tickets available online having been sold.