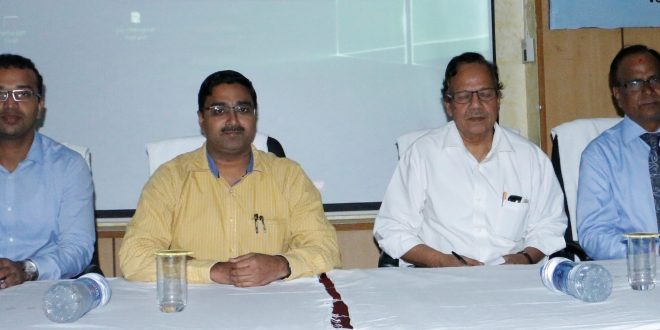 Bhubaneswar: In a world full of stress, psychological support is badly required to help the mentally ill to cope with their problems, said psychiatrists at a program organized to mark the World Mental Health Week at the SOA University on Friday.

“The moment someone comes along and says I am with you, that  provides a huge psychological boost to the person passing through a mental crisis. This is the psychological first aid,” Prof. Surjeet Sahoo, Head of the Psychiatry Department at the Institute of Medical Sciences and Sum Hospital, said.

Stressing on the rising levels of stress in society, Sahoo said that a mentally ill person, if not properly counseled and treated, could cause havoc.

A recent incident in Odisha, when a woman threw her three young children into a well killing all of them, was a case in point, he said.

Prof. Prasanna Kumar Mohanty and Prof. Gangadhar Sahu,  Medical Advisor and Dean respectively at IMS and Sum Hospital were the guests at the program.

Prof. Mohanty said that most people these days behaved abnormally and hardly one out of 15 people got treated for mental illness.

Referring to incidents from the Ramayana and Mahabharata, Sahu described psychiatric diseases were universal saying the problems were getting accentuated as humans were no longer prepared to follow the rule of nature.

Babies, born artificially to working parents  today, were looked after at day care centers  and then subjected to their impractical expectations. Besides, young couples faced a number of problems to keep their marriage afloat, he said.

Prof. Suvendu Narayan Mishra, Associate Professor in the department of Psychiatry at Sum Hospital said that people with acute depression needed to be treated urgently to help them come out of the crisis.

Pallavi Sahu and Priti Arpita made two presentations on the “Current Scenario of Mental Health” and “Psychological First Aid” respectively. Dr. Rati Ranjan Sethi proposed the vote of thanks.