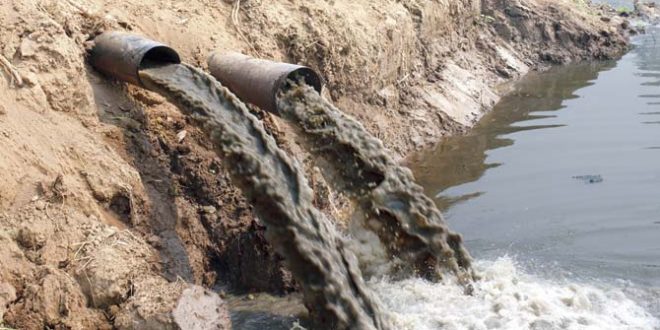 Bhubaneswar: The Odisha government has admitted before the National Human Rights Commission (NHRC) that the rivers in Jajpur district were found polluted.

A report submitted by State Pollution Control  Board confirmed that cyanide in surface water and concentration of Phenolic compound were found to be exceeding the tolerance limit in the rivers and Nallah water in the Kallinganagar industrial area, wherein several major integrated steel plants are running.

Considering the report, the commission has asked environment director and member secretary of State Pollution Control Board to send a further report to ascertain the source of such pollution apart from the discharge of effluent from the industries of Kallingnagar area, within six weeks.

Complainant Subash Mohapatra alleged that the water of Brahmani, Kharashrota, and Gandanal rivers are being polluted due to the release of effluents from industries.

“Central laboratory scientists confirmed the release of effluents from industries like BRPL, Nilachal Ispat, Jindal Stainless Steel and Mesco into Kharashrota and Brahmani through Gandanala. The industrial wastes are released into Gandanala through a nullah in Bengapatia village in the district,” alleged Mohapatra.

He said waste material of Tata Steel and other industries in the locality is also drained into Gandanala and Kharasrota aggravating their toxicity.

SPCB badly failed to take appropriate measures as per law to reduce toxic compounds in water bodies, he added.

Industries including Nilachal Ispat, which are largely responsible for high pollution level, have been asked to pile waste materials in a pond instead of releasing them into water bodies, informed Mohapatra.