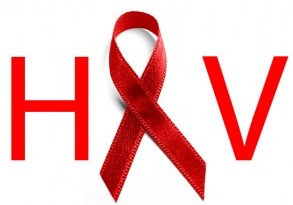 Bhubaneswar: In a bizarre incident, a Dalit man who succumbed to HIV virus had to be cremated in front of his home in a village in Odisha after locals refused his funeral to be conducted in the common cremation ground.

This incident took place at Tentei village under Soro block in Balasore district.

The 35-year deceased was working as a daily laborer in Mumbai where he reportedly contracted HIV. As his health deteriorated, he returned to his native village Tentei a few months back.

He was admitted to SCB Medical College and Hospital in Cuttack.

Later, the family members shifted him to a private hospital as they were assured of proper treatment there in lieu of one lakh rupees. The family sold off their house to arrange the funds, but the patient got discharged without being cured. He died in the wee hours of Friday morning.

When his kin was denied entry to the common cremation ground, they had approached the IIC, Kartik Chandra Mallick of the nearby police station. The Additional Tehsildar and Revenue Inspector visited the spot but were unable to convince the villagers to allow for the funeral.

“We tried reasoning with the villagers, but could not make them understand. They were adamant over not allowing an HIV victim to be cremated,” Soro police station inspector Kartik Mallick.

With villagers refusing to budge, the family members had to light the funeral pyre in front of their house.

District  collector Pramod Das said a detail report has been sought from the local tehsildar.

The deceased is survived by the wife and two daughters, one at the age of 13 another 8  besides 60-year-old mother.

Sources in the village said the wife and 8-year-old  daughter are affected with HIV. His  18-month-old son died  after suffering from  HIV about 6 months ago , the sources added.