The matter came to light on Monday after Sarat Chandra Mohanty, owner of the building where ATM counter was running, informed the bank officials.

The miscreants also  damaged the CCTV camera installed inside the ATM counter in a bid to destroy the evidence.

Meanwhile, the bank officials have lodged a complaint with the police. The police  are investigating the matter. 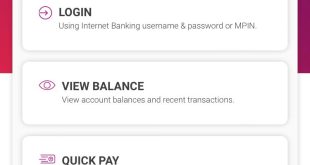 How to avail Gold Loan via YONO SBI