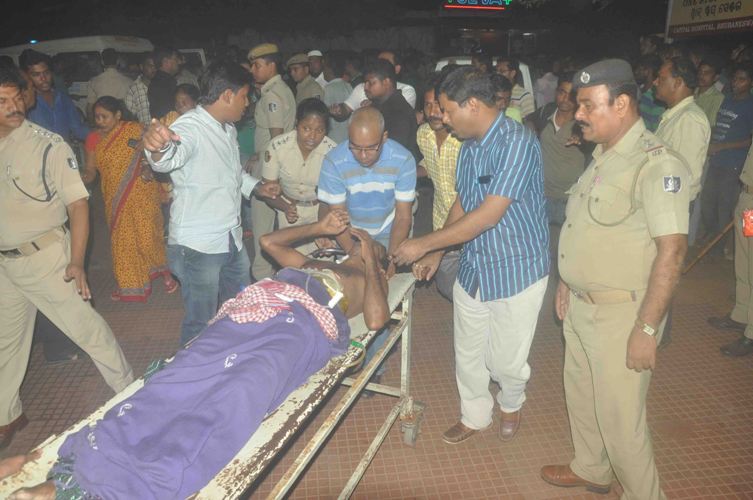 Bhubaneswar: The horrific tales narrated by the survivors of the SUM hospital fire tragedy has brought out how insufficient and faulty firefighting systems in  addition to the delay in evacuation have led to the death of 20 persons on Monday evening.

He accused the hospital authorities of not undertaking proper fire fighting facilities.

He also alleged that the hospital didn’t have a proper in-house firefighting crew to tackle such fire situations.

There was complete chaos and confusion as hundreds of patients and attendants tried to come out from the hospital leading to delay in the evacuation process.

Most of those killed and injured were due to suffocation from billowing smoke in the ICU and the dialysis unit of the hospital.

Arpit Senapati, who used a wheelchair to shift his mother Sarojini (86) from the fourth floor to the ground, said the hospital staff members kept on reassuring that nothing will happen.

“After we noticed thick smoke billowing from the second floor, we asked the hospital staff to allow us to leave the hospital to save our lives. However, they kept on reassuring that nothing will happen. Finally, they asked us to take my mother away on a wheelchair. We exited using the fire exit ramp,” said Arpit.

Meanwhile, Fire services DG Binay Behera said they are inquiring into the fire safety measures of the hospital and would submit a report to the state government soon.