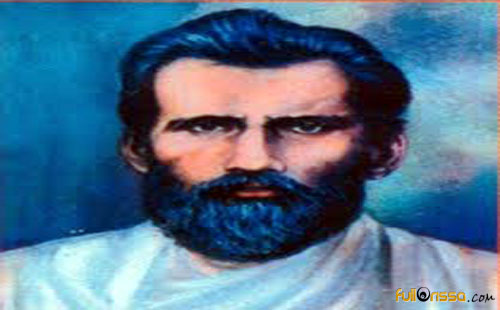 Nuapada: Gopabandhu Jyoti, the flame of freedom fighter and great social worker of Odisha Utkalamani Gopabandhu Das, which reached here on Thursday morning, was given a grand welcome by the people of Khariar town in Nuapada district.

Hundreds of students and teachers of different schools and colleges, social activists, intellectuals, members of Self Help Groups came out spontaneously to participate in a procession, which traveled around the town.

A meeting was held after the procession at the Kalyan Mandap where distinguished personalities of Khariar spoke on the life and works of Gopabandhu.

“Gopabandhu was a lawyer but did not practice law to earn money. He was a social worker in the true sense. For the betterment of the society, he had sacrificed his career and his family. He was the founder of the oldest Odia newspaper – the Samaja. He joined in the independent movement from his school days and became the inspiration for the people of Odisha,” said Prof. Dr. Fanindam Deo, retired principal of Khariar Autonomous college.

Srikant Chatterjee, retired Income Tax commissioner, said, “Gopabandhu had a great love for the country and people. He had patriotism and above all, he was an honest man.”

Prizes were distributed to students of different schools of the district who won various competitions organized by Samaja last month.

Two SHGs of the district were also felicitated for their good works for the empowerment of women.