Bhubaneswar: The Odisha government has failed to achieve its target to provide employment in the Micro, Small, and Medium Enterprises (MSMEs) sector.

The government, which had targeted to generate three lakh employment through 60,000 new MSMEs in 2015-16, it has failed to meet its target.

The MSME department has created 55,567 jobs through new MSME units by September this year.

However, the MSME department has facilitated setting up 17,741 MSMEs to create 55,567 jobs by the end of September this year, said the official.

The state government has drawn a district industries center (DICs) wise plan to achieve the objectives. 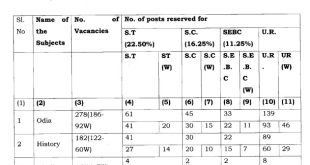