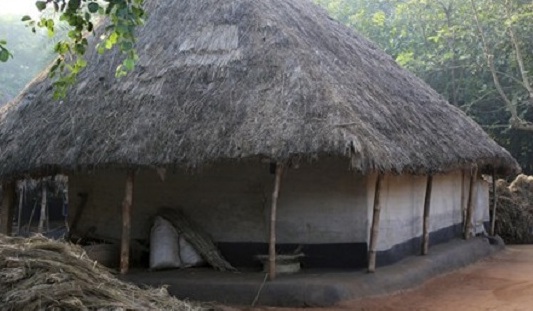 Husband Of Nine Died Lonely Death; Also Being Issueless Even No One Lit Pyre

Sambalpur: He had married nine women in his life. But, none of them were there when he left for heavenly abode. This is the story of a poor old man – Hari Podha (80) of Bargarh district.

He belongs to a nondescript village of Salepali in Bargarh district. He got married for nine times with the one and only intention of having a child. To his misfortune, he could not get a child from the nine women. All the wives left him for some reason or other and few of them died also.

Finally, the octogenarian old man lived alone in a hut with the struggle to meet both ends. And when he died on Saturday, this old man of nine wives had no one near him.

The situation was not the same at the beginning. He was a well to do person with 22 acres of land. If not a palace, but a habitable good house was also there of his own. But the intense desire to become a father had a topsy-turvy consequence on him. When his only desire was not fulfilled, he also got financially ruined due to series of marriages.

Not only he sold all his 22 acres of land, he also sold his house and became penniless. The situation reached such a stage that he lived on a plot of land provided free of cost by the government to the landless persons.

Last part of his life was further horrible. He was unable to beg on the streets of the villages due to illness and weak health.

But on Saturday, the villagers found his door closed for a long time and they entered the house by breaking it. But unfortunately, they found him dead on a small cot. The news also spread all over the village.

The bad luck of the old man did not leave even after he died. Since he married to ladies of different castes, none of the villagers came forward to take the dead body to the graveyard. Hence, his dead body remained for a quite long time and drew the attention of the local administration.

Lastly, at the instruction of the collector of Bargarh and the sub-collector of Padmapur, local Sarpanch Maheswar Sahu took all necessary steps for the last rites of this old man.

“The ugly tradition of casteism still prevails in villages of Odisha. We have done little to raise people above such  prejudices. But when the matter of Hari Podha came to our knowledge, we did all that was required to perform the last rites with honor with the help of the local people ,” said the local Sarpanch.