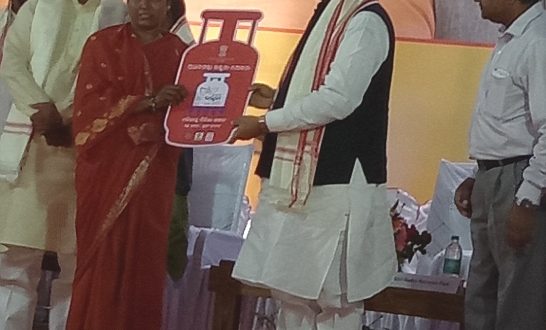 Speaking on the occasion, Pradhan said, “Around 95 lakhs LPG connections have been distributed under PMUY to poor people of the country, including 5 lakhs in Odisha, 25 thousand in Angul district and four thousand in Pallahara subdivision.”

Pradhan added that this is the first time in the history of the country that the MoPNG is implementing a welfare scheme benefitting crores of women belonging to the poorest households.

The PMUY will increase usage of LPG thus reducing health disorders due to the usage of polluting conventional cooking fuels like wood, cow dung, etc. It will reduce air pollution caused by smoke from solid fuel usage in kitchens and other places, he added.

It will also ensure reduced deforestation and cut down of trees for firewood. Providing LPG connections to BPL households will ensure universal penetration of cooking gas in the country. This measure will empower women and protect their health. It will reduce drudgery and the time spent on cooking.

It will also provide employment for rural youth in the supply chain of cooking gas. Very soon 90 percent of the poor people of the State will be benefitted by this scheme.

The Petroleum minister further said that poor people have availed their right in the Modi regime.

On this occasion, Pradhan distributed 1500 LPG connections to the beneficiaries under implementation of PMUY scheme at Pallahara.

During this program, a live demo of safe handling of LPG by Oil Industry experts was also shown for educating beneficiaries. Apart from this, video film on the importance of conversion to cleaner fuels and safety aspects of the handling of LPG was presented to the participants. 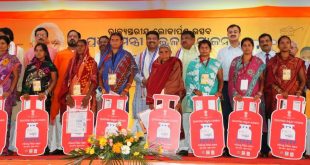