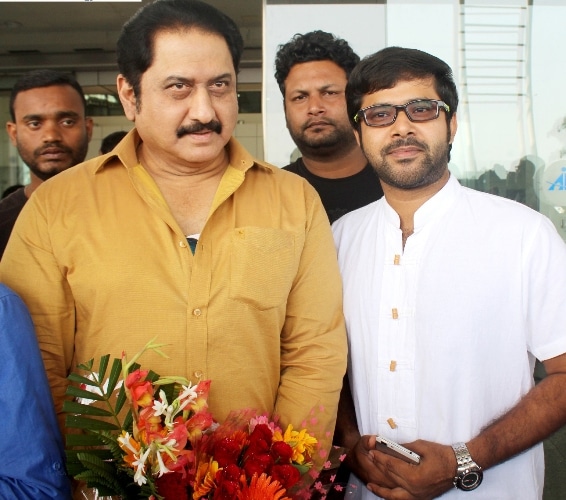 Bhubaneswar: Telugu Actor Suman Talwar, who has recently debuted in Bollywood industry with ‘Gabbar Is Back’, is doing a bilingual movie with Ollywood actor Sabyasachi Mishra.

The film ‘Seeta Ramula Kalyanam’ will be released in Telugu and Odia languages.

Suman Talwar arrived in Bhubaneswar on Wednesday for the shooting of the movie in several parts of Odisha. Odia actor Sabyasachi Mishra is playing a lead role in the movie.

Suman is a veteran actor who has featured in over 150 films in Tamil, Telugu and Malayalam movies.

Suman’s continuous movie hits, acting skills and instant popularity made him a perfect star for cine-lovers. He was a black belt holder in martial arts.

His prominent films include Shivaji the boss, Thalaivan, and Dokkadu.