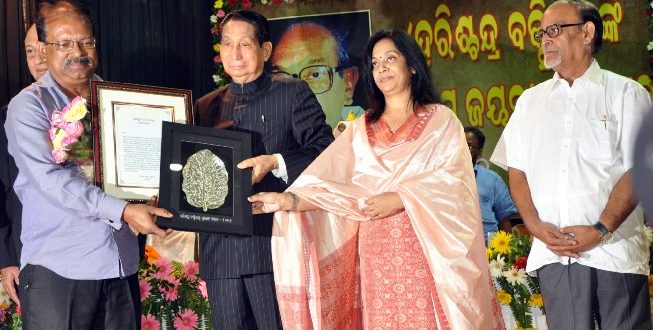 Odisha Governor SC Jamir felicitated them for their contribution in their respective fields.

Paying tribute to late Harishandra Baxipatra on his 83rd birth anniversary, Jamir said that Baxipatra was a bright example of how one powerful voice can empower the community to fight for the rights.

“Harishandra Baxipatra was a leader of the common masses, who had worked hard to improve the quality of life of working class, peasants, Dalits and the underprivileged and weaker sectors in general,” said the Governor.

He was committed to making things better for the people. He cherished the ideas of a democratic and free society in which all people live together in harmony, said Jamir.