CEOs of IT companies to meet in Odisha

Bhubaneswar: CEOs of 35 prominent IT companies will take part in a National Association of Software and Services Companies (Nasscom) conclave to be held in Bhubaneswar and Gopalpur from November 26 to 28.

IT minister Pranab Prakash Das said the state government would host the event for the first time.

Nasscom is a trade association of Indian IT and business process outsourcing industry.

“The possibilities for development of IT in Odisha, adequate opportunity, business friendly environment, trained human resources and infrastructure being provided by the state government will be highlighted at the conclave to draw the attention of the companies. This will help in the development of the IT industry,” said the minister.

“The conclaves of this body are usually held in metro cities; this is the first time they have decided to hold it in Bhubaneswar,” he said.

Jena said the event would boost the IT potential of the state and provide an opportunity for IT experts to interact with the stalwarts of the industry.

Nasscom is a no-profit-no-loss organisation funded by the information technology industry. Its objective is to build a growth led and sustainable technology and business services sector in the country.

Notably, the Nasscom conclave will be followed by the Make in Odisha conclave in which the government will showcase the state’s potential in industries including information technology. 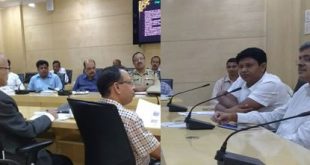