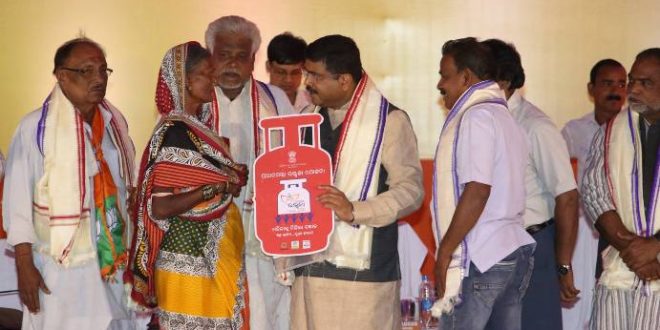 About 20 thousand new connections have been distributed under this scheme in Dhenkanal district and more than seven thousand in Kankadahad block including 2000 connections under PMUY, he added.

Pradhan said that this is the first time in the history of the country that the MoPNG is implementing a welfare scheme benefitting crores of women belonging to the poorest households.

The PMUY will increase usage of LPG thus reducing health disorders due to the usage of polluting conventional cooking fuels like wood and cow-dung. It will reduce air pollution caused by smoke from solid fuel usage in kitchens and other places, said the minister.

Increased penetration of LPG will also generate employment for rural youth in the supply chain of cooking gas, he added.