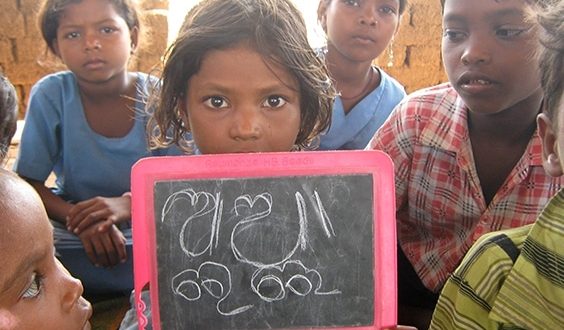 Over 33k children do not know Odia!

Bhubaneswar: About 33,304 children studying in government-run schools in Cuttack district do not Odia alphabets, said a survey.

The survey was conducted under Ujjwal program, an initiative launched by the state government to boost the overall development of children in elementary schools.

According to the SSA report, about 2,14,235 children are enrolled in primary schools under SSA. During the survey, it was found that about 33,304 children do not have basic competencies in English and Oriya language along with math.

The survey’s shocking findings has raised serious questions over Sarva Siksha Abhiyan (SSA), which stresses on the free and compulsory education of children between the age group of six and 14 years under Right to Education Act, in the state.

While the SSA authorities are focusing on universal education, they seem to have forgotten about the quality of education.

Sources said the school and mass education department conducted a learning ability test in which it was found that children from Class II to Class V cannot read all the Oriya alphabets while children from Class V to Class VIII do not know English alphabets. Besides, they also lack basic knowledge of arithmetic.

SSA project coordinator Gadadhar Behera, however, claimed that about 24,170 children have developed these skills till November. They are being taught about Oriya language, grammar, play and English language in both written and oral forms. Besides, they are receiving training in basic numeracy skills, profit and loss and other arithmetical problems.

Teachers under Ujjwal program was appointed at 2,450 schools in the district, Behera said. He claimed that skills of those children identified in the survey will improve by March next year.