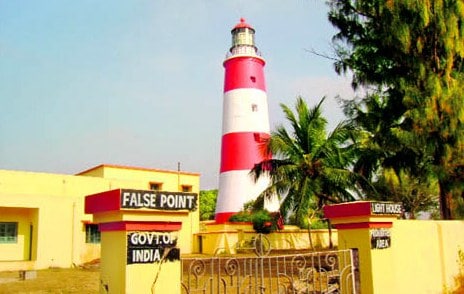 He said these heritage sites could be given a facelift with tourism infrastructure development funds to attract tourists to the two spots.

The tourism development grant was not allotted to these sites, as they did not figure in the list of tourist spots. But, these structures received adequate conservation aid from Integrated Coastal Zone Management Programme by the Centre, Mohanty said.

The Englishmen commissioned the False Point lighthouse, which is the oldest in the eastern coast, in 1838. The lighthouse campus encloses the small clusters of graves of Englishmen who died while officiating there. The gravestones carry an inscription of lighthouse staff and their families who lived on the island.

Prominent among those who perished then was Captain H. A. Harris, the conservator of Orissa ports. He died in May 1877.

Hukitola colonial building is a stone-cut edifice, located on an uninhabited island close to the Gahirmatha marine sanctuary. The marvelous monument bears the signature of excellent British technical designing.