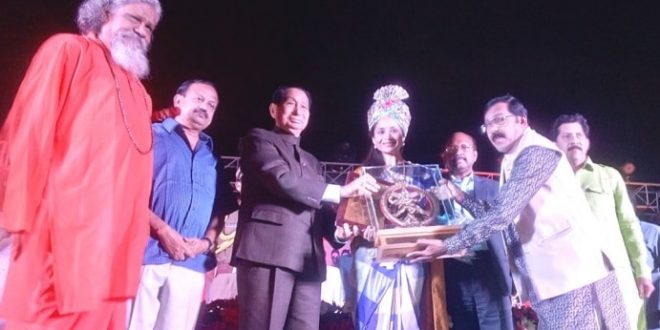 Bhubaneswar: Kuchipudi exponent Shallu Jindal has been conferred with prestigious Guru Pankaj Das Samman for her outstanding contributions and achievements in the field of Indian Classical Dance, Kuchipudi.

She was presented with the award by Governor S.C Jamir in the valedictory ceremony of Khordha Zilla Lok Utsav 2016 organized by ASWASANA. She is the first recipient of this Award.

Jindal has performed in various famous classical dance festivals nationally and internationally and has dedicated her life to contributing towards the ennoblement of the Indian Classical Dance form Kuchipudi globally.

She is the Chairperson of the prestigious National BalBhavan (NBB), President of JSPL Foundation spearheading the CSR initiatives of the conglomerate, and the Vice President of the ‘Flag Foundation of India’.

Receiving the award, Jindal expressed immense pleasure & reiterated her commitment towards the promotion of Art & Culture. She conveyed her high regards to the organizers of the Khordha Lok Utsav for the honor and attributed the award to the blessings of Lord Jagannath and the love of people of Odisha.

Odisha is endowed with a glorious tradition of Art & culture and has been always an inspiration for her, added Jindal.

Jindal has also been honored with ‘Devdasi National Award’ and ‘Naatyasree’ Title at the Devdasi Nrutya Mandir and the 6th All India Classical Dance Festival by Nataraj Music & Dance Academy & a member of International Dance Council, UNESCO, respectively. 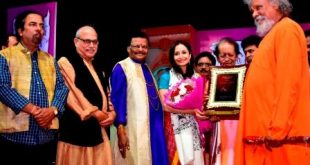