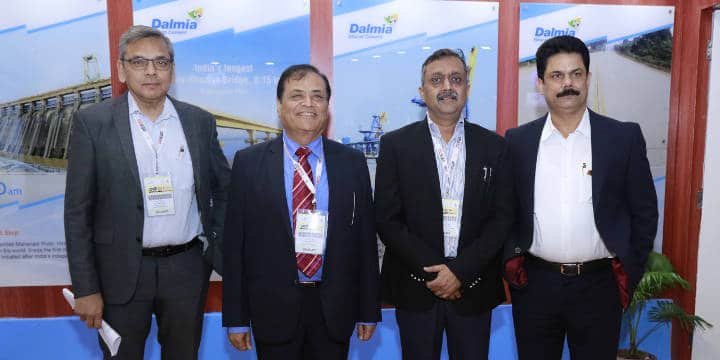 Bhubaneswar: Continuing to strengthen its position in the East, Dalmia Bharat Group plans to ramp up its cement production capacity in Odisha entailing an investment in the tune of around Rs. 2000 Cr. The company which is participating in the Investors Conclave at ‘Make in Odisha Conclave’ has shared its vision and plan to enrich business commitment to the state further.

OCL India Ltd with a total installed capacity of 5.4 MT per annum distributed between its two manufacturing units in Odisha, has consistently being fulfilling the ‘Make in Odisha’ agenda of the state since 1950.

Mr. Mahendra Singhi, Group CEO, Dalmia Bharat Group, said, “Odisha is a currently on a high economic growth trajectory and its GDP is expected to grow at around 12% by year 2020. The state government’s commitment to industrial development backed by industry friendly policies has already started showing positive results. Odisha has always been our home soil and our business relationship with the state has matured over the years. The state’s zeal to grow further thus compels us to partner its next leap of growth.”

The Government of Odisha which has laid a long-term roadmap to enable development and aid industrial growth in the State under its ‘Vision-2025: Odisha Industrial Development Plan 2025’, significantly thrusts upon Smart City development, infrastructure revamp and affordable housing, which in turn is expected to provide a fillip to the cement demand in Odisha.

Mr. Amandeep, Director and CEO, OCL India Ltd, stated, “Good governance and stable political leadership has been one of the prime factors that has helped investors show faith in investment in the State. Additionally, there has been a growing improvement in business sentiment across sectors in Odisha due to investor friendly policies. The concept of a Smart City will get a boost if the Government focuses more on road and power infrastructure. With Government’s focus on affordable housing and Smart cities, cement can expect incremental growth in demand over the next five years.”