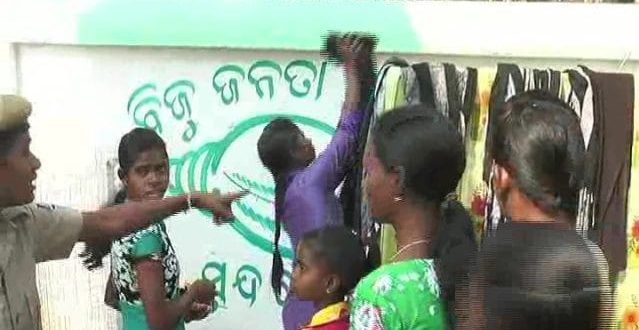 Bhubaneswar: Odisha Chief Minister Naveen Patnaik on Monday ordered a DGP to inquire into the alleged incident of police removing black stoles and shawls of women at a meeting in Sundargarh district.

Patnaik also directed DGP K B Singh to ensure that no such embarrassing incident is repeated in the future.

The police allegedly removed Dupattas ( shawls) of women before allowing them entry into the Chief Minister’s  meeting venue on Sunday.

“The Chief Minister while expressing displeasure over the incident directed the DGP to conduct an inquiry into it. He also directed him that no such incident occurs in future,” said Home secretary Asit Tripathy.

Both DGP and Home secretary met the Chief Minister and apprised him about the incident on Monday.

“The Chief Minister has asked me to conduct an inquiry into the incident and find out who is responsible for it. He has instructed me to ensure that dignity of women is protected and such incidents are not repeated in future,” said the DGP.

Earlier on Monday, the opposition members of Congress and BJP created a ruckus in the state Assembly over the issue and demanded an unconditional apology from the Chief Minister. As pandemonium prevailed, the house was adjourned several times.

The BJP Mahila Morcha today has filed an FIR in Sundargarh over the matter and named Naveen Patnaik, Home secretary, chief secretary, and DGP as parties.