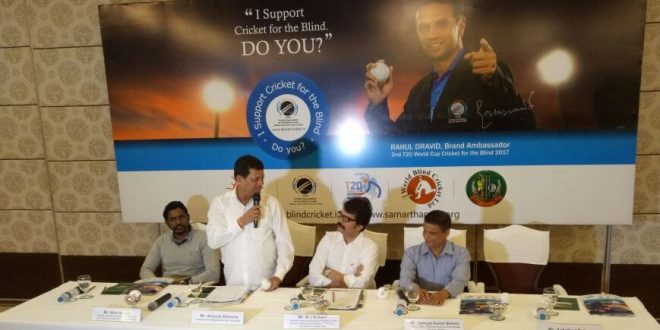 Bhubaneswar: The capital city of Odisha will host a match between India and New Zealand during the T20 World Cup Cricket for the Blind.

While the T20 World Cup Cricket for the Blind will be played from January 28  to February 12, Bhubaneswar will host the match between India and New Zealand at KIIT stadium on February 7.

The matches will be played across 10 cities in India with 10 nations participating in it.

Sukhram Majhi and MdJafar Iqbal, the two players from Odisha, have been selected for the 17 member Indian Team.

However, the Cricket Association for the Blind in India (CABI) on Saturday urged the Odisha government and corporate houses to support hosting of the match.

“I wish them all success for the World Cup. As an inclusive society  it is our responsibility to support the differently abled, the upcoming T20 World Cup is a great opportunity for each one of us to support the cause of Cricket for the Blind. I appeal to the people of this great state to come forward and contribute financially, we are also looking for generous funding by the corporate sector of the state, and these contributions will make a difference to their lives,” he added.

On the selection of players from the State, Sannyas Kumar Behara, the General Secretary for Odisha Cricket Association for the Visually Impaired said “We are proud of the two players from Odisha and congratulate them on being selected into the National Squad for the upcoming T20 World Cup Cricket for the Blind 2017. MdJafar Iqbal has been playing matches for Odisha since 2003 and for Indian Team from 2011. SukhramMajhi is a recent find and he was one of the key players of the Asia Cup that was held in February 2016 and this will be his first World Cup. This sport is an opportunity to the visually impaired cricketers to showcase their talent and to live an independent life.”

Congratulating and thanking Chandrasekhar Patnaik, the “Superstar Coach” of the Visually Impaired Cricketers in Odisha, MdJafarIqbal said “Mr. Patnaik has been my mentor, guide and well-wisher in moulding me into the cricketer that I am today. He has been our Coach since 2000 and he has produced 3 international Cricketers – Me, SukhramMajhi, and Pankaj Bhue. He has also been instrumental in bringing victory to the Odisha team at the Zonal League Matches and moving up till the Semi Finals of the Nationals”

On being selected for the Indian Team, Mr. Jafar Iqbal said “I feel great to be a part of National Squad, but still feel inferior to sighted players across the State and Country, as we are not getting same facilities and opportunities to play cricket and to give the required time for practice. I have been fortunate enough to get a chance to represent the country but there are many others who need the push in the right direction.

I’d like to appeal to media, corporates and the government to not discriminate between sighted players and visually impaired players and to provide equal opportunities to all through financial support or by establishing better infrastructure and training academies.” 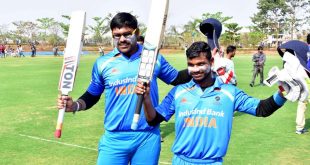 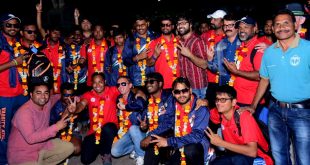 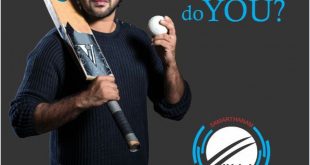