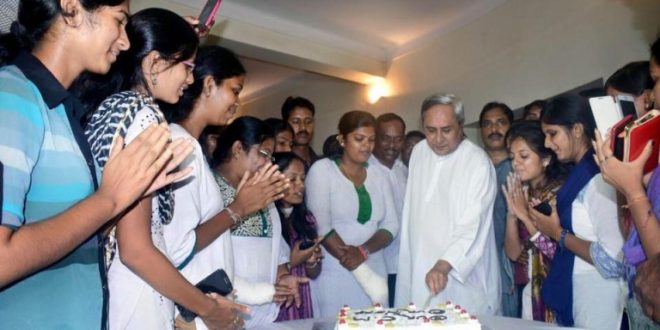 Bhubaneswar: The Odisha Human Rights Commission (OHRC) has directed the commissionerate police to submit an inquiry report over the incident of balloon explosion near the residential building of Odisha Chief Minister in 2015, in which girl students were injured.

Acting on a complaint of rights activist Akhand, the commission has asked the Deputy Superintendent of Police (DCP), Bhubaneswar to submit a detailed report within four weeks.

At least 11 people, including nine girl students, were injured when a gas-filled balloon exploded near Naveen Niwas, the residence of Odisha Chief Minister Naveen Patanaik, on 16 October 2015 when they were on way to wish CM on his birthday.

They sustained burn injuries on their faces, hands and legs and were rushed to Capital Hospital here.

Several hundred students and youth activists had taken out a procession from ruling Biju Janata Dal(BJD) office towards Naveen Nivas at about 10.20 am when the incident occurred. The stretch from Old Airport Square to the CM’s residence is a high-security zone where prohibitory orders under Section 144 of the CrPC are clamped. The mishap site was in that sensitive area.

More than 200 helium-filled balloons were being carried by participants in the procession. Some of them lit fire crackers fragments of which came in contact with the balloons and led to the series of blasts. The molten balloons caused burn injuries to the students.

The government had banned the use of helium balloons during public functions in 2002 after a gas cylinder exploded during Republic Day function leaving nine persons visually impaired.

“Why helium-filled balloons were allowed in a procession while the Government had banned their use? It should be probed. And who took the permission for such a celebration rally in a high-security zone. Generally, no rally or procession is given permission by the police in this area. Though the chief minister is also in-charge of the home department, the police failed to take preventive measures during the celebrations near his residence,” alleged Akhand.

Filling the petition, Akhand had prayed to the Commission for compensation to the injured girls and action against erring officials.