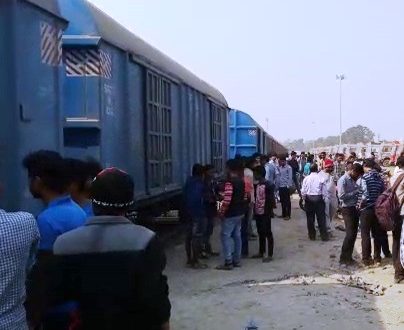 Jharsuguda: In a tragic incident, a youth got electrocuted while taking a selfie atop train in Odisha’s Jharsuguda district on Friday.

The deceased is identified as Rajpal Gourav Patra of Koraput and a third year civil engineering student of the Jharsuguda Engineering School here.

Rajpal was trying to take a selfie after climbing the train bogie when he came in contact with the high tension live wire and met with the fate, said police.

Another student of the same engineering school identified as Lokesh Das sustained injuries during the incident and was admitted to hospital.

Similar incident had happened in Bhubaneswar when an engineering student sustained critical injuries after coming in contact with overhead electric traction while taking a selfie atop a goods train in September last year.

+3 student drowns in river while taking selfie in Odisha 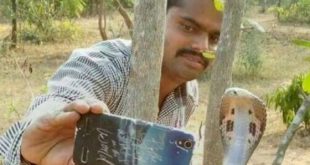 Death By Selfies Is A New Epidemic In Odisha!